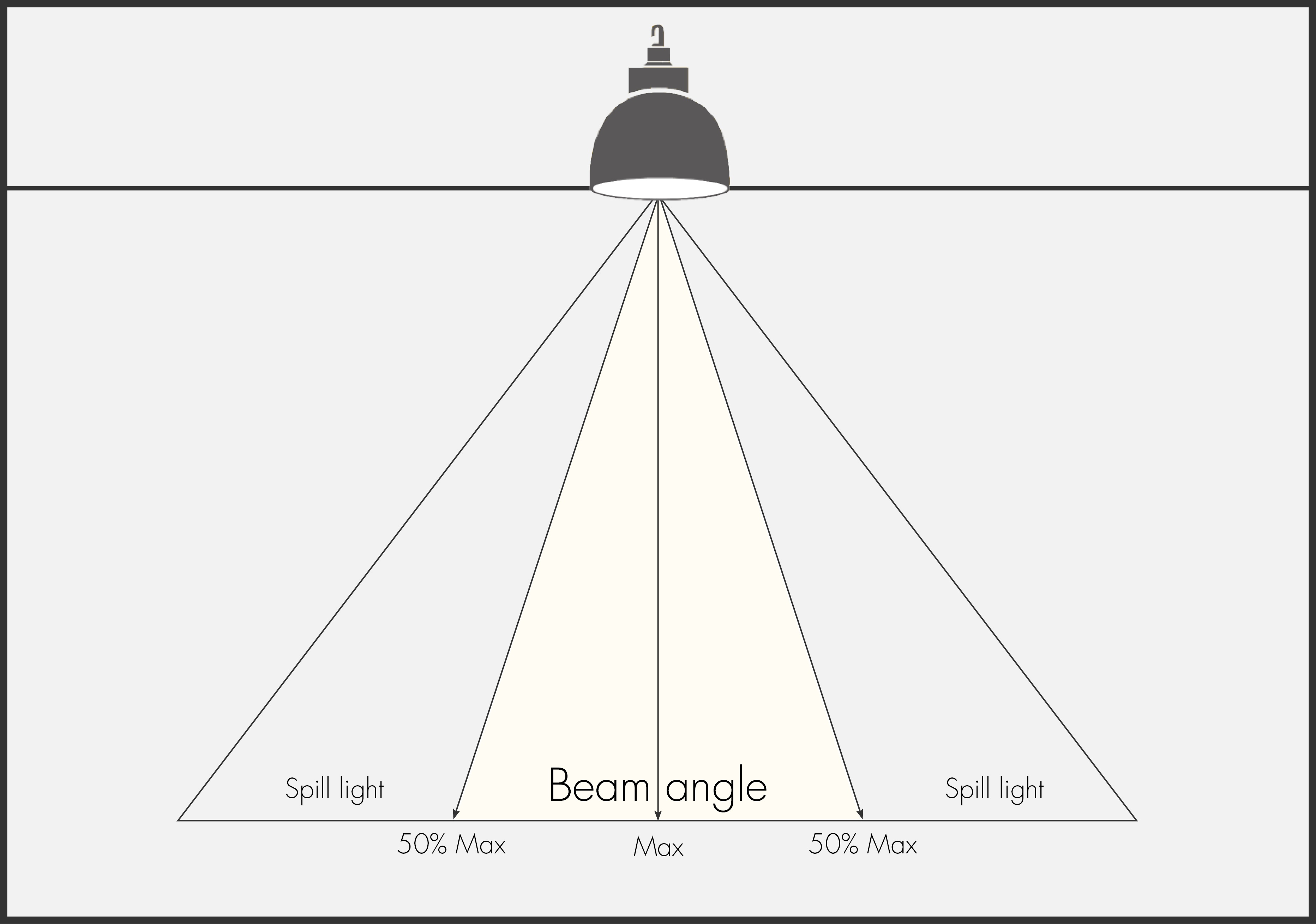 The importance of beam angles in lighting

As the resident, in-house lighting designer here at Shine On, I thought it necessary to share the importance of light beam angles when looking to upgrade the lights in your property, or when installing in a new build. Maybe it’s something you have never thought of, but if you select the wrong light and your beam angle is out, then you will get lower than ideal light levels and poor uniformity. This in a nutshell means bright and not so bright areas in your space.

How you measure a beam angle

The light’s beam angle is the angle from peak light intensity to where it drops off to 50% of that peak. For most fittings, the maximum light is directly below the luminaire and the light then disperses out until it hits 50% of its peak. Everything below 50% is called spill light and the total angle of light distribution from peak to no light is called the field angle.

A graphic representation of a light’s beam angle is depicted in the illustration below. Why do beam angles matter?

Controlling the light distribution and getting the light where you want it is just as important as how much light you generate. The main things that affect the beam angle are the height of the ceiling the fittings are mounted to and the spacing between the fittings.

One important part of my job is to ensure that we put the right fitting for the height of the ceiling and that they are spaced appropriately. This ensures that there is no spill light and the beam angles overlap so there is always 100% illumination on the workplane.

In general, in order to get uniform lighting:

How you can change the beam angle

Beam angles are particularly relevant to high ceilings in industrial spaces which often have highbay lights. The easiest way to change the beam angle in this situation is to use a reflector which can disperse the light more or less depending on the height of the ceiling or the space between lights. This is why it is so important to have adaptable lights like our H-Flux Mk3 highbay which has five interchangeable reflectors for almost every situation. Other LED highbays, such as the UFO, don’t have changeable beam angles and therefore aren’t flexible for non-standard spaces.

You can also change a lens on a chip itself usually used in floodlighting to alter the beam angle.

When looking to upgrade your existing lighting to LED or if you’re building from scratch, make sure you employ an experienced lighting designer at the start of the process. Not only will they recommend the right light for your space, they will ensure you conform to AS/NZS 1680 requirements, so you do it right the first time.

Contact us today to arrange an obligation-free lighting audit and lighting design. 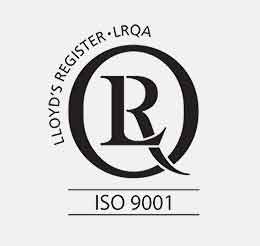